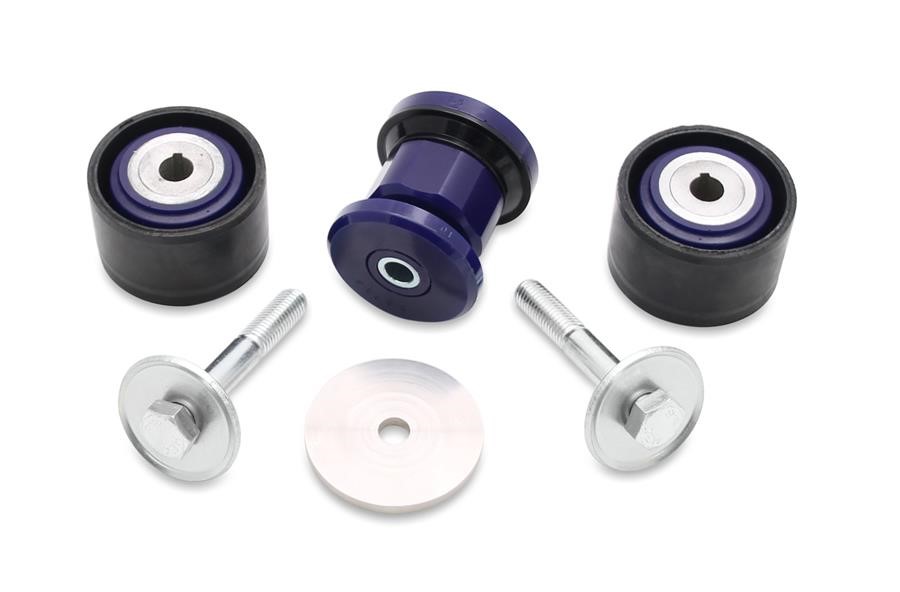 As Ford no longer supply differential mounting bushes for these vehicles and good second hand parts are scarce, we were asked by a number of customers to come up with a SuperPro solution.

The design needed to be flexible in that it needed to suit either the XR series Falcons including the Tickford cars with their performance pedigree and the Luxury Fairlanes / LTDs with zero tolerance for noise.

The rear Differential requires 3 bushes, two in the rear and one in the front.

The rear bushes are a hybrid design, where the compliant elastomer does the isolation and the integral snubber kicks in under load as required.

The front bushing needed to compliment the rear as a matched system and we arrived at the following:

The design incorporates a very hard shaped urethane washer to help spread the load in the flange of the diff backed up with a 93 duro main bush and top washer to take the load.

We achieved a good balance with this kit, which suits both the performance Falcons and the Luxury Fairlanes.

Combine that with the recently released Sub Frame bush kit SPF5046K and SPF5047K and the AU Series Ford is covered.