As the OEM rubber bushings deteriorate they induce undesirable characteristics into the handling of any vehicle. Having an independent front suspension on this vehicle means the OEM bushes work very hard and durability, reliability and performance are compromised.
With the solid axle rear suspension, the trailing arm bushes stabilise the forward and aft movement of the axle.
As the front bushings wear they allow for the dynamic geometry of the suspension to change causing handling and tyre wear issues.
As the rear bushings wear they can impart steering angles on the vehicle causing the vehicle to wander all over the road and make the vehicle subject to slight to severe directional changes under braking.
The panhard rod bushes control the sideways movement of the rear axle; wear in these bushings make the vehicle unstable at higher speeds and prone to directional changes under braking.
SuperPro bushings are more durable and give more positive arm location than the OEM rubber bushing, resulting in a vehicle that gives the driver confidence in the stability and handling.
Lifting a vehicle also lifts the centre of gravity, in turn inducing greater forces on the suspension, requiring a more resilient suspension bushing in every location to control the attitude of the front upper and lower control arms as well as the rear upper and lower trailing arms. 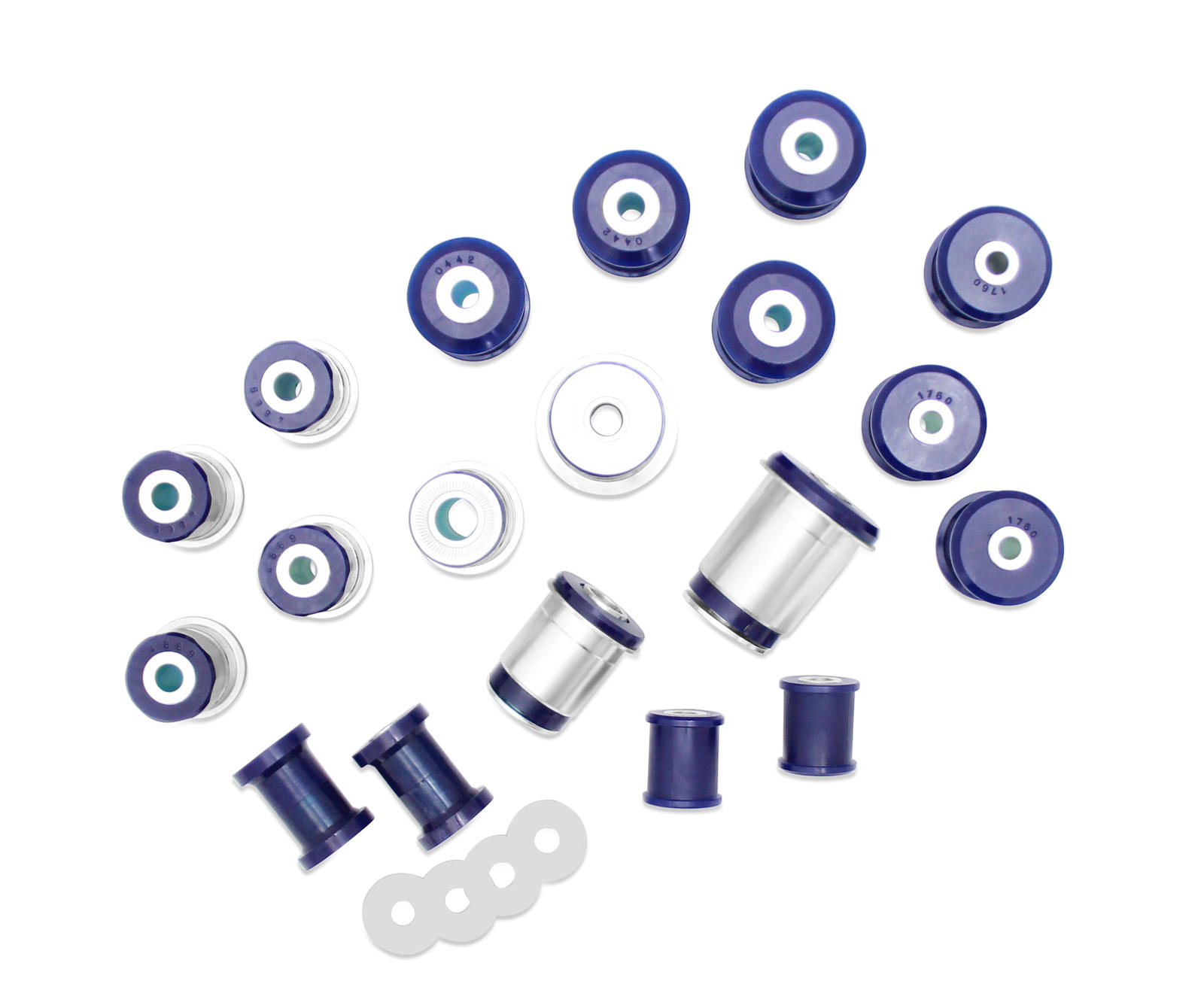