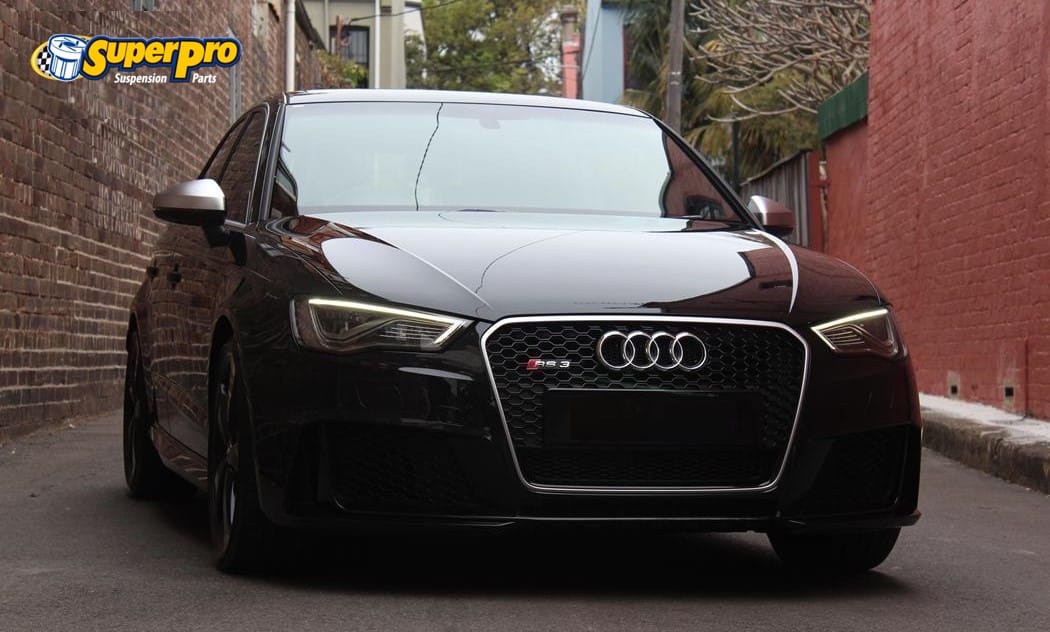 Our sway bars are used globally for rally, track and drift!

SuperPro adjustable sway bars are the perfect upgrade to boost your cars performance.

The hot hatch has come a long way in the last decade. From humble beginnings in 1975 with the Mk1 Volkswagen Golf GTI that packed 80kW, fast hatchbacks are now significantly bigger and more powerful.

At the pointy end of the hot hatch ranks, Audi and Mercedes-Benz have been competing for 0-100km/h and outright power bragging rights for more than five years.

In 2013, Mercedes-Benz released the AMG A45. Equipped with a 265kW 4-cylinder turbocharged engine, the Mercedes accelerates to 100km/h in 4.6-seconds and onto an electronically limited top speed of 250km/h.

Not to be outdone, Audi wedged their legendary five-cylinder engine into the Audi A3 derived RS3. Thanks to one more cylinder than its Mercedes rival, the Audi RS3 produced an extra 5kW (270kW) and accelerated to 100km/h in 4.3-seconds.

Of course, there’s more to a hot hatch than numbers and straight-line performance. A hot hatch should be reliable, practical and -- most of all -- engaging when the opportunity for spirited driving presents itself. 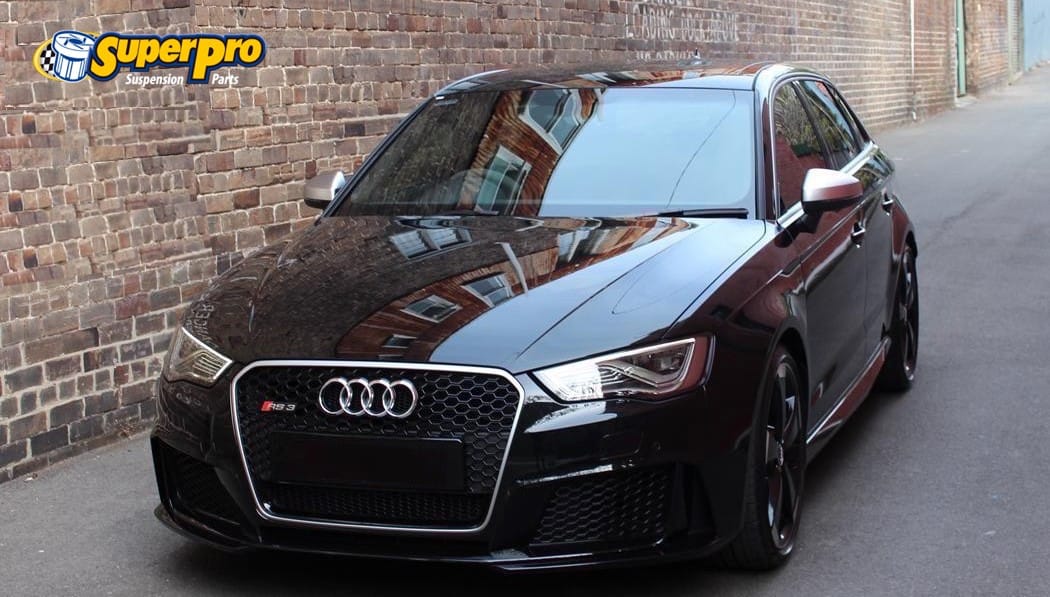 For Sparesbox’ resident German hatch enthusiast Liam, the Audi RS3 is the ultimate hot hatch. On a backroad or on a track day, the five-cylinder is shockingly quick and has one of the most unique exhaust notes in the world.

However, despite the help of Audi’s legendary Quattro all-wheel-drive, the RS3 doesn’t provide much feedback in the corners. The indelicate RS3 is more about catapulting out of the bends, rather than charging into them.

As you would expect from a 270kW front wheel drive bias hot hatch, the Audi RS3 has a tendency towards understeer. The rear end of the car is only ever engaged once the front tyres have already gained control.

Recognising the growing popularity of performance hatches in Australia, SuperPro have worked tirelessly on the Volkswagen Group MQB platform over the last six years. For Liam, this made SuperPro the obvious choice when looking for handling upgrades for his RS3.

The SuperPro Roll Control Rear Sway Bar kit for the Audi RS3 8V increases stiffness and mimics the neutral handling of a rear-drive car. Complementing Audi’s Haldex based Quattro system, the SuperPro rear sway bar is arguably the best bang for your buck handling upgrades on the market for the RS3.

“The difference is incredible. Through the bends, the car felt more agile and poised. Even in a straight line the car felt more composed and comfortable over undulating surfaces. I’ve had sway bars fitted to a number of cars in the past but none of them have had this sort of impact. You can actually feel the rear sway bar flattening out the car in a fast corner.”

The SuperPro rear sway bar is 3mm thicker than the stock sway bar at 22mm in diameter.

Looking to upgrade the steering and suspension on your MQB based Volkswagen or Audi? SuperPro offer a range of front and rear sway bar options suitable for application on the Volkswagen Golf GTI, Golf R, and Audi S3 to name a few.