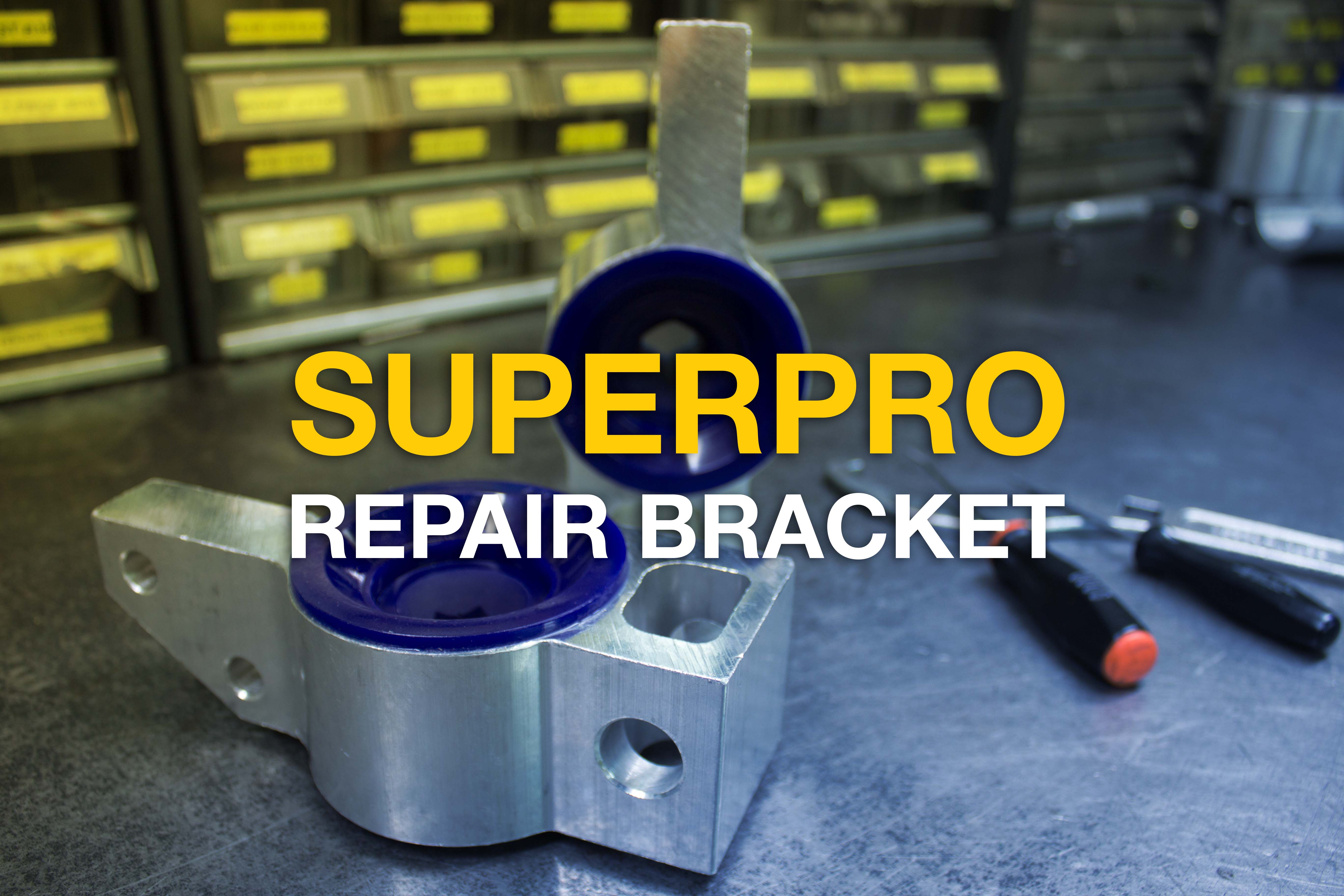 SuperPro has the largest range of aftermarket suspension bushings. These specially formulated polyurethane bushes are the number one repair option for your vehicle. SPF4952K is no different, a replacement lower-inner rear bush and bracket for the front lower control arm with a 95 duro insert.

This SuperPro part is designed for the PQ 35 VAG vehicles such as the Audi A3, VW Golf 5 &6, some Skoda models. As a repair, not performance, part for these vehicles it comes with a pop in bush that is not bonded to the alloy bracket.

The brackets and bushes are sold in pairs ready to install, providing the VAG vehicle owners an easy repair solution. This bushing and bracket were developed as a straight replacement for the OE rubber bushing. Should this bush require replacement it is highly recommended that the front bushing is inspected as it is likely that it will also require replacement too. This bushing can also be purchased from SuperPro, SPF3346K is the front bushing in the control arm.

As a repair option SuperPro bushes eliminate the negatives effects that voided, soft or worn rubber bushes have on handling and braking. By replacing your worn out original rubber bushings with SuperPro’s polyurethane option you can count on a quality, long lasting replacement.