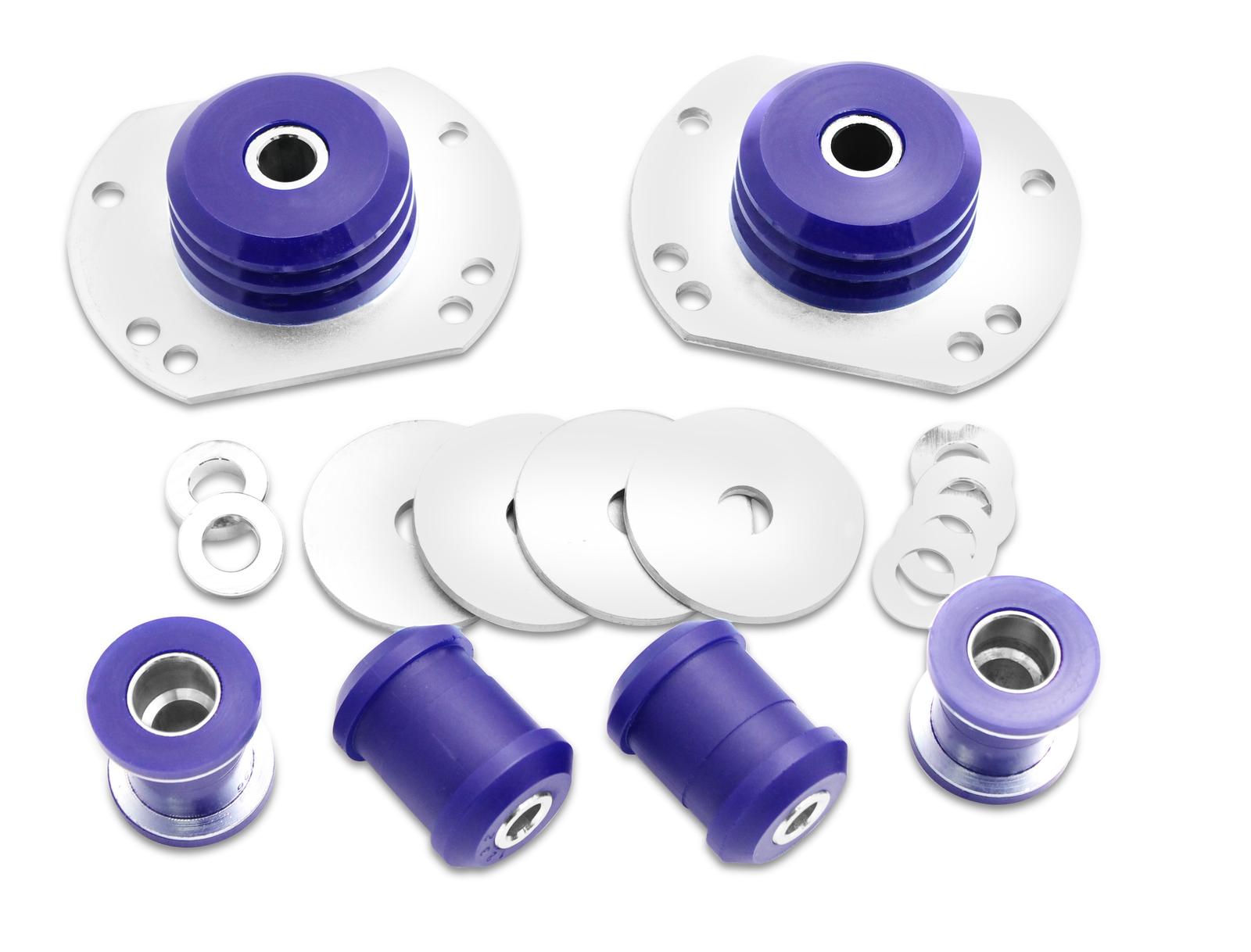 SuperPro has a Large Range of Innovative Bushing Designs.

SuperPro are renowned for having the largest range of aftermarket bushings, KIT153K is made up of three of these bushings to form a front alignment kit for the VT-VZ Holden Commodore and WH-WL Statesman. This kit is one of the biggest sellers in the SuperPro range, it is popular for several reasons, but a main factor is that it is different to other kits like this on the market and can be a straight repair option or enhancement commodore bushing kit.

The original oil filled strut bar to chassis bush in the VT-VZ Commodore and WH-WL Statesman was a common issue that was identified. As the results of this bush wearing in the vehicle was significant, including excessive movement under acceleration and forward movement under braking. Cornering of the vehicle can also be impacted by opposed movements from one side of the vehicle to the other occurring. All this excessive movement was contributing to tyre wear in these vehicles as well as the other bushes in the lower control arm wearing out quickly.

This prompted SuperPro to put together a complete alignment kit for this vehicle. The kit is made up of three individual SuperPro parts; SPF2339K – Strut Bar to Chassis Bush, SPF0756CK – Strut Bar to Lower Control Arm Kit, SPF1232K – Control Arm Lower Inner Bush Kit. The kit itself comes with a multitude of different thickness washes for caster adjustment of your vehicle. Caster settings can be set to increase road feel at higher speeds. This SuperPro kit can help achieve up to 1.25 degrees of positive caster over the standard or original caster setting of the vehicle.

Within the kit there is Caster arm bushes for the control arm with an imbedded washer in the head of the bush and a dual internal diameter tube that covers the length of the bushings. The inner control arm bush design is utilised to help stabilise the control arm in position and comes with a crush tube. The other bush that comes in the kit is a high selling bush within the SuperPro range – SPF2339K.

With some slight improvements made to the bush this Strut bar to Chassis bush is now two pieces to help with fitment. This bush still has all the same design features, such as the grooves which eliminates Noise, vibration and harshness. SuperPro has designed this Kit to give enhanced performance, without effecting the Noise Vibration & Harshness (NVH) and overall comfort of the vehicle, as well as adding caster adjustability. This kit also tightens up the front of the vehicle in which they were designed for.

All SuperPro products are engineered in Australia and are Built to last. This is backed by the lifetime warranty offered by SuperPro for all their bushings.