SuperPro has developed, what is arguably, the most sophisticated, castor increase, high articulation and perfectly weighted replacement Radius arms for the 4WD market. 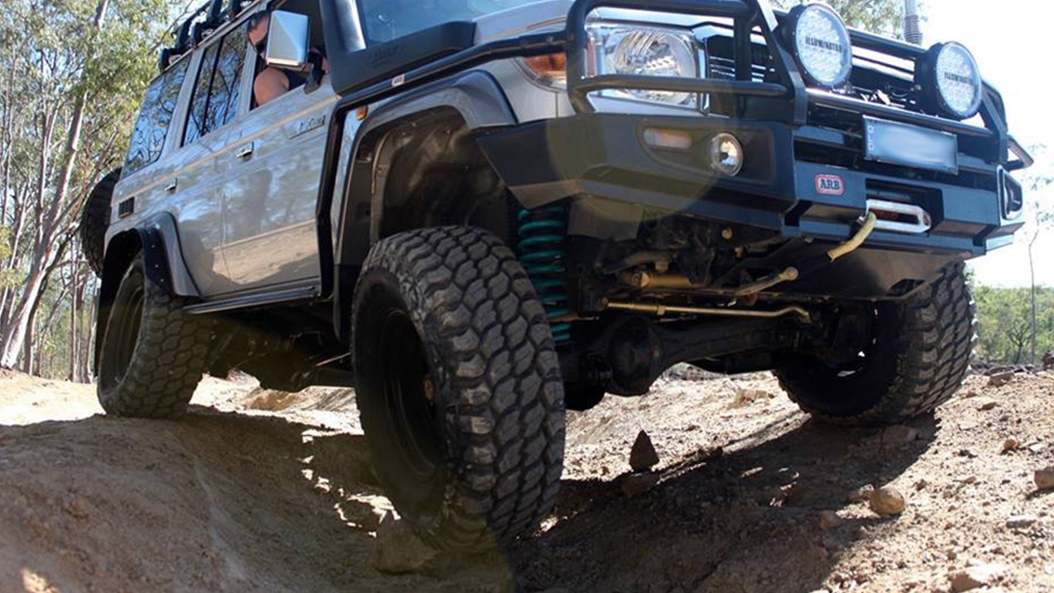 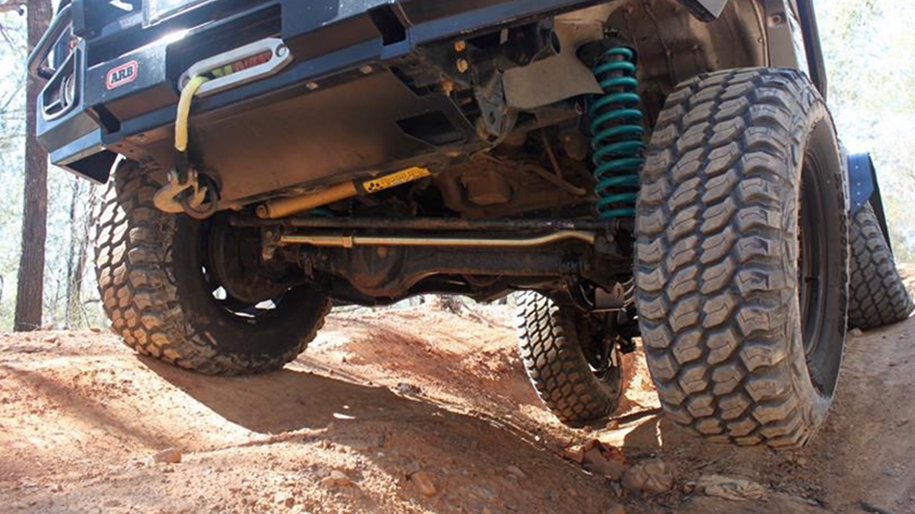 In 2013 in response to the increasing trend by consumers and commercial vehicle operators to fit bull bars, winches, larger tyres and rims and then lift the suspension of 4x4 vehicles, SuperPro designed a product to correct the steering geometry. When common 4x4 vehicles are lifted above standard height they run out of camber and caster adjustment very rapidly. There is not enough caster adjustment in the original setup of the front end, so when the vehicle is lifted, this immediately impacts on the caster and camber angles of the front alignment. Decreasing the caster angle leads to undesirable and unsafe outcomes for the vehicle, most predominately the vehicles steering response becomes vague and the vehicle tends to “wander’” over the road. Increased camber causes uneven tyre wear and reduces grip in the front tyres. In addition, when these vehicles are fitted with longer travel shock absorbers, the OEM upper control arm can come into contact with the coil spring at full articulation; this is particularly hazardous in an off-road scenario.

Now with the 4x4 Dual Cab utility almost being the modern family car and the model range increasing, the trend to lift the suspension on even the newest vehicle, even at Dealership level, has been on the rise. It has become apparent that what was a “niche” product was now an essential modification and required a completely fresh, innovative OEM approach to the design and manufacture of this product.

By utilising up to the minute modern design techniques and a desire to make the good even better, the teams at SuperPro and Boge Australia have joined forces and completely redesigned this product. Impressive changes have been made to the design, construction and manufacturing process of both the arms and the ball joints.

Along with built-in increases in caster and camber, clearance around the suspension at full droop needed to increase. Previously made from steel tube welded to a forged steel ball joint plate, the new arms utilise OEM style construction to achieve the desired caster, camber and clearance requirements. Changes to the clearance also allowed the design team to place the adjustable ball joint in a more neutral position.

The Boge Australia team conducted simulated testing on the original arms to determine the strength requirements and identified the critical areas. Finite Element Analysis (FEA) was conducted throughout the design process to ensure the design would withstand the rigours of Australian driving conditions and the critical areas are taken care of from both a functional and manufacturing point of view.

Engineered for the harshest offroad conditions!

Using high strength, high toughness Australian steel, the result was a one piece pressed steel arm with a flat steel internal section robotically welded inside the pressing. This manufacturing approach results in a product that not only reduces the unsprung weight (saving on fuel); it improves the strength of the arm and allowed the team to shape the arm as required. The team developed a welding specification to ensure consistency in manufacture and maintain the strength of the arm. This specification was developed with future projects in mind and will be used in future arm developments.

All of the arm applications are fitted with SuperPro Bushings which allow for a free pivoting arm through the full range of motion, while positively locating the arm and removing any unwanted deflection.

The parts were rigorously tested in-car before the parts were released. The team covered 1000’s of kilometres over a variety of roads and conditions.

The result is an expanded arm range that now achieves +/- 2° of camber adjustment and between 0 and 3° of caster adjustment. This provides the driver with better handling, steering and traction, on and off road.

With a rapidly expanding range of Australian designed and manufactured OEM quality aftermarket 4WD arms, this product is the perfect example of how OEM and the aftermarket can achieve great things and export Australian technology to the world.